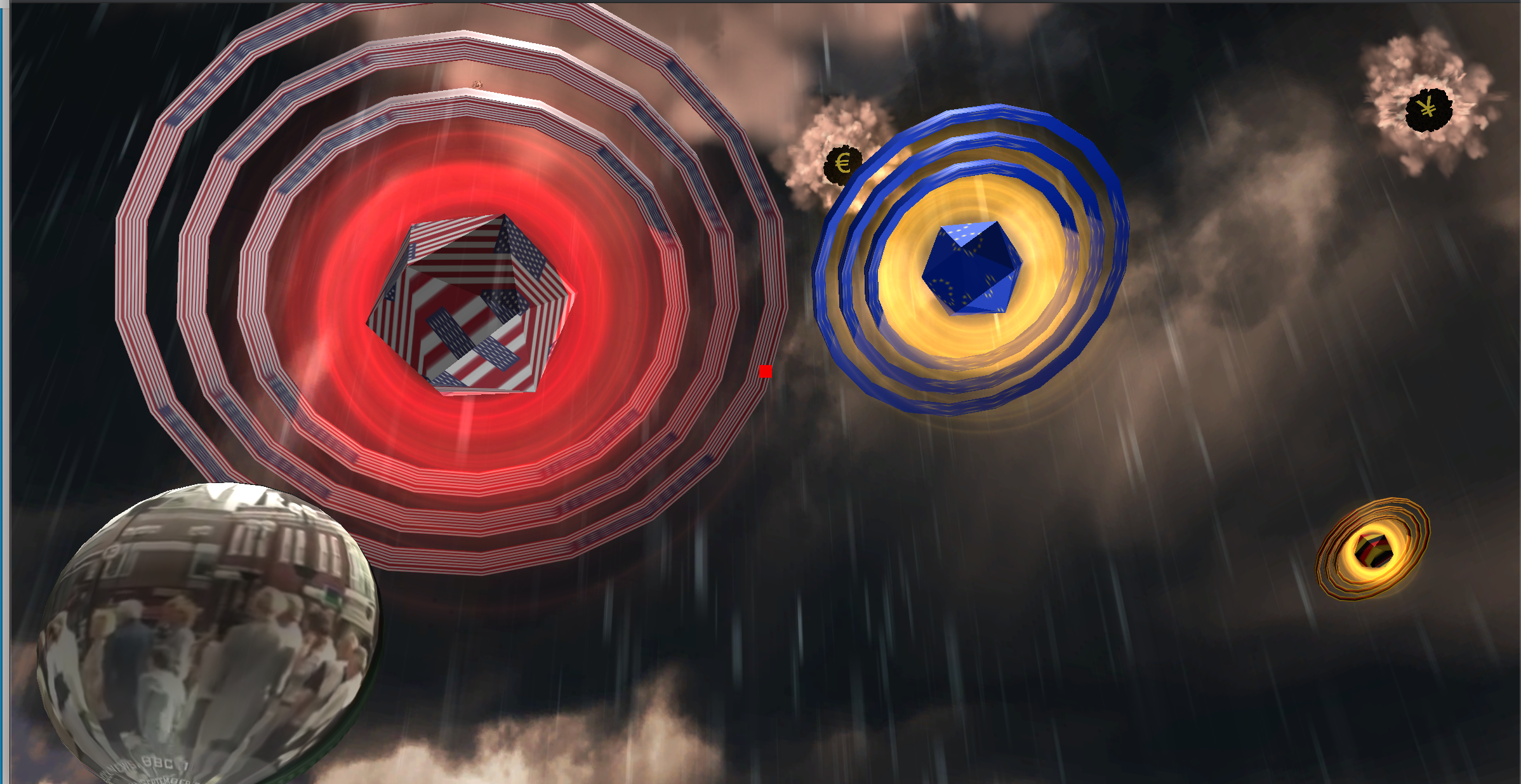 No one can touch a cloud until it rains…

A first experiment in 360 virtual space.

Part of a curatorial collaboration between CiJ and Central Saint Martins MA CCC* and MA FA* that resulted in a digital platform www.onswitchedoff.com hosting our first exhibition Tittytainment Age.

In No one can touch a cloud until it rains, we illustrate money as a multi-layered dynamic system that many cannot affect yet are at the receiving end of its storms.

Found footage of key events that have shaped the politics and economies of the last 120 years gives context to Currencies and GDP data sets from the Maddison Project and International Monetary Fund visualised as shapeshifting forms, interconnected and in perpetual motion.

In this work, we see a nuanced history shaped by international good faith*, unilateralism decisions, changing politics and the unforeseen consequences of all those. This financial, political and social interconnectedness creates chains of actions (crisis) and reactions (crisis management) always striving to return to an equilibrium called ‘Stability’.

We also see how money evolved from a system grounded to earth** to an abstract, fluid concept where risks and debts become assets and money is ‘mined’ in cyber space, This sophisticated system is now ‘played on’ by those on top spheres of influence, where ‘those who make a living from work’ have little agency to affect it.

* Bona Fides is a recognised legal concept where parties to a contract deal with each other with equity.

** Money’s value was pegged to that of the value of precious metals: Silver and Gold (ie: Gold Standard era). This link suggests that wealth creation was limited when pegged to a precious commodity; precious because scarce.